The prompt for todays’ Top Ten Tuesday (Hosted by That Artsy Reader Girl)was “Series I’ve given up on/don’t plan to finish” and well….. There aren’t really any series I have that I don’t want to finish. Like I want to finish them all… Because their first books were friggin’ amazing! The prompt did say that we could feel free to change it to “Series that I want to finish someday”, so that’s what I’m gonna do here folks!

It’s actually really rare for me to not finish a series. If I read a book and like it, it’s very likely that the next book in that series is what I’m going to read next. Double-time likely if I have the entire series on my shelf. But sometimes it’s a case of; I’ve read the first book and now I urgently need the second buuuuut I can’t afford it.

And when I can afford it, I buy it. Then don’t read it. Because I’m reading other books. And that leads to those series being neglected and me crying in a corner clutching the shiny new books I’m reading because “I swear I’ll get to them soon. I swear it!”

SO! This is going to be a list of the series I have started but not finished, and I have absolutely no excuse for not finishing them because I have all the books in the series….

I bought the first book in this series way back when. I remember it being one of the first books I bought when I first got paid. I read it and loved it (I cried a little, but IT WAS SAD OKAY?!!?), I’ve even started the second book (hence why it’s been on my Currently Reading Goodreads thing for a few centuries). I stoped because I wasn’t in the right reading mood (It was summer time and the fluffy contemporaries were screaming at me).

But I plan to try and finish this series before the year 2018 is up. I love Marie Lu’s writing, it’s so magical and I basically would read anything she writes.

Rebel of the Sands Trilogy by Alwyn Hamilton

Rebel of the Sands was one of those books that were a hell of a lot cheaper on Amazon than they were anywhere else. And back in the day, when I bought it I was trying to use up my gift card money (Back then I refused to waste a single penny). So for £4 I was all for it, it sounded like a book that I would enjoy. And then, I don’t remember ever planning to read it, but somehow I had picked it up and I had finished it and immediately went to Amazon to find out when book 2 came out (which I then bought on release day after crying for 6 months while waiting).

I’ve read the first two books in this series, and I enjoyed them a lot, so I really don’t know why I haven’t picked up the third and final book??

This is again one of those series where, you read the first book (and love it). You then wait for the second book to be released (buy it and love that one too) but then you wait for the third and forth and you just can’t get back into it??

Like I loved Glass Sword the most out of this series so far, and I’m only 57 pages into King’s Cage. But I’m not feeling as enthralled as I was?? Mind you, it’s been a long time since I read Glass Sword… maybe I need to re-read??

Under the Never Sky Trilogy by Veronica Rossi 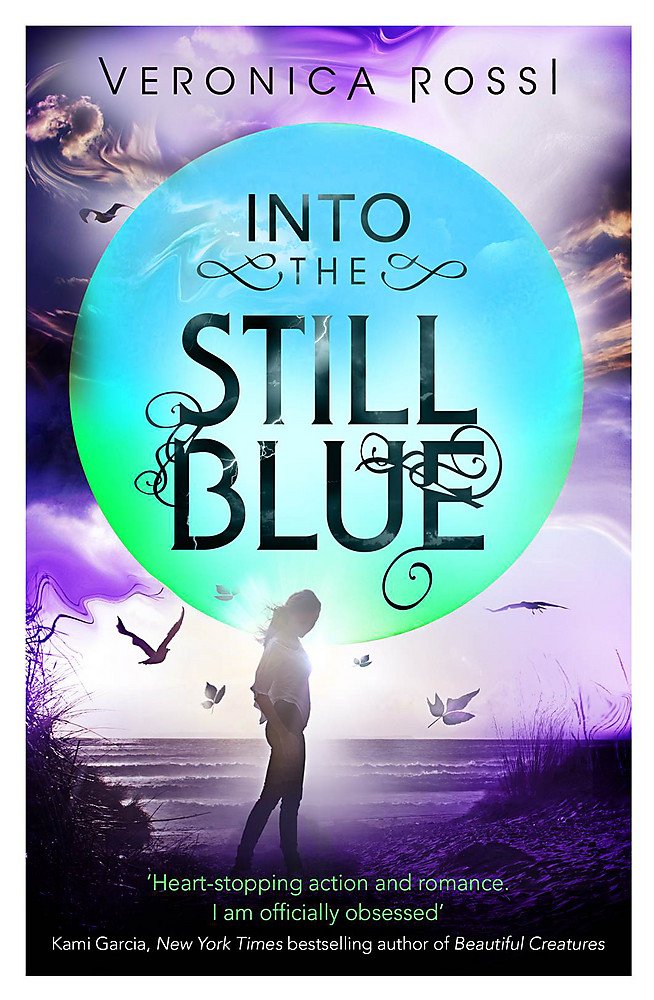 In my defence on this one I only recently bought the other books in this series.

I read the first book a very long time ago, but I remember really enjoying it. This series is a dystopian, and humans experience life through Virtual Reality simulations because they live in a dome. And outside the dome, other people live that have evolved with like increased senses and stuff (super-hearing/sight/smell and the like) and they are thought to be more animalistic. But they were actually pretty friggin’ cool, they’re like supreme hunters…. OH! And the sky has this weird blue lightning stuff that kills people and will basically destroy the planet. No biggie.

I don’t know when I’ll pick this series back up, but I look forward to when I do.

What series have you yet to finish? Have you not finished some of the ones on my list too? Have you finished them? What did you think??

15 thoughts on “Top Ten Tuesday: Series I Need to Stop Throwing Into Caves and Running Away From.”