I have not done much reading. Between crying about life in general and doing exams and then crying again, I would like to complain that I don’t have enough time???

But clearly I do if I have time to wallow in sadness…. geeeeeeeezzz Lin!

Any whoooo, the reading I did get done this month isn’t terrible??? Just really slow??? I started the ACOTAR series and am almost finished reading ACOWAR……. buuuuuuuuuuutttttttt

I put the book down and re-watched some anime…… and then found new anime……. and then new ones after that…… repetitively.

So I thought I would compile a list of the anime I have been  watching and kinda review them??? Kinda??? Maybe scream a little??? Who knows??? It’s gonna get wild in here!!! YEAH IT IS!!!! 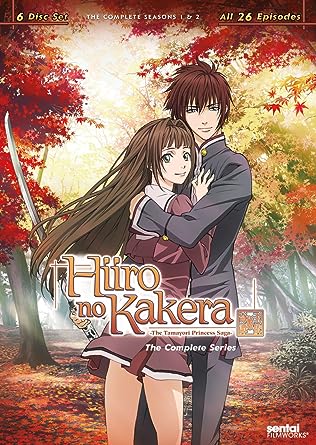 Tamaki Kasuga is a teenage girl who revisits a small village she remembers from her childhood and gets caught up in her family’s history and the supernatural dangers surrounding it. While walking along the hillsides waiting for the person who her grandmother sent to fetch Tamaki to the village, Tamaki comes across a small, white round object which has sticks for limbs and can talk. It runs off soon after with Tamaki chasing after it. Soon Tamaki finds herself in a place where it does not feel like the world she came from. She gets attacked by three slime creatures, and a mysterious man comes charging in to save her tells her to be quiet. After the young man, recognized as Takuma Onizaki, saves her, he walks her to the village where her grandmother is staying. Soon after her arrival she meets with her grandmother. It is later explained that she has to continue the role of the ancestor Tamayori Princess to seal the sword Onikirimaru with the help of her five Guardians.

I watched this anime all in the same day…..

It was good but it wasn’t the best.

I enjoyed it, and the magic(!!!! the magic was super fun) and the food. They talked about eating quite a bit. Made me hungry.

Again it was good, but not the best. 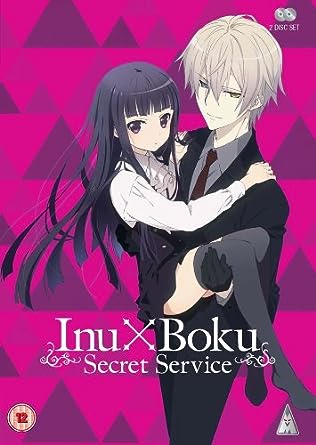 If it’s not her family’s high status in society driving people off then it’s her cold, caustic personality and sharp remarks that are. Staunchly independent to a fault, Ririchiyo decides to move in to the Maison de Ayakashi, a selective apartment complex for the super elite…or so everyone thinks. The residents here at the Maison de Ayakshi hide a secret so big that it requires their own personal Secret Service and it isn’t just to protect themselves from your average burglar either. Although Ririchiyo has rejected such company during her stay here, she inevitably finds herself with her own agent, Soushi Miketsukami, at her disposal. Soushi, obedient to a fault, just might be the answer to Ririchiyo’s social problems. …She just needs to acknowledge this fact is all.

I have watched this anime 2 times. I actually didn’t like the main character, Ririchiyo, much at the start but then things kinda started making sense after a while and all was well. The other main character, Miketsukami, was mad. Completely mad. But I loved him. He was my favourite in the whole anime. Such a little cupcake.

Also, my second fave is Karuta. She eats all the time. I relate. Just food. Need food.

If I had to rate it over all, it wouldn’t get many points for story because there wasn’t really a goal like there usually is with everything (saving the world and stuff), but it was still kinda fun.

It was again not my fave, though. (Saving that bad boy for last! :p ) 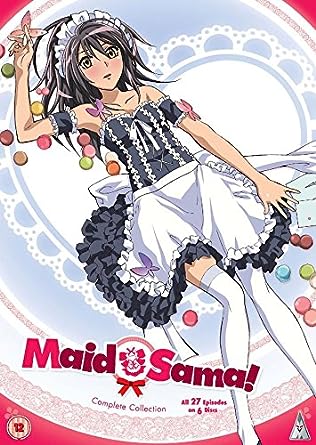 Things aren’t easy for Misaki Ayuzawa. Not only is she the first female student council president at the formerly all-male Seika High, but she also works a job on the side to support her family after her dad leaves them in a mountain of debt. But Misaki doesn’t just work any job – at night this straight-A student is secretly a waitress at a local maid café! When Misaki’s cool, aloof, and oh-so-handsome schoolmate, Usui Takumi, discovers her big secret, Misaki’s double-life is in danger of being exposed to the whole school! Can Misaki convince Usui to keep her secret for her, or will the feared student council president be made into the student laughing stock? It’s a triple serving of romance, comedy, and school house drama, with a dash of danger for flavour. And it’s all served with a smile in Maid Sama!

This one I actually loved! I watched it all in one day! And then cried because there was no more to watch! Gonna have to watch it again! Heck yeah!

While I was watching this anime, every episode had me smiling like a goof. It was so cute, and I found Misaki and Usui’s relationship both adorable and hilarious.

T’was very good my chums! Highly Recommend if you want to watch something funny with a lot of fluff and stuff! 😀 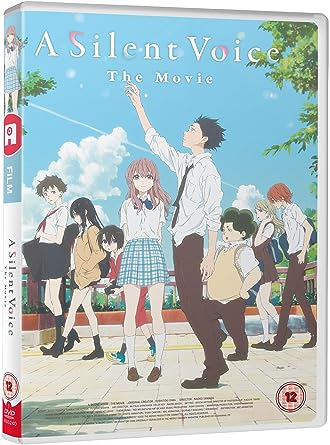 Shoya Ishida starts bullying the new girl in class, Shoko Nishimiya, because she is deaf. But as the teasing continues, the rest of the class starts to turn on Shoya for his lack of compassion. When they leave elementary school, Shoko and Shoya do not speak to each other again… Until an older, wiser Shoya, tormented by his past behaviour, decides he must see Shoko once more. He wants to atone for his sins, but is it already too late…?

Ok. This one was very emotional. It contains things concerning mental illness, disability and suicide.

I feel the movie was done well, but it was pretty emotional. Yes. Yes I did cry, especially at the end ;_; …… I don’t know if I’ll ever recover. 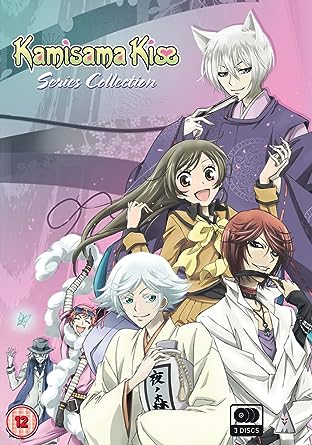 Nanami was just a normal high school girl down on her luck until a stranger’s lips marked her as the new Land God and turned her world upside down. Now, she’s figuring out the duties of a deity with the help of Tomoe, a reformed fox demon who reluctantly becomes her familiar in a contract sealed with a kiss. The new responsibilities – and boys – are a lot to handle, like the crow demon masquerading as a gorgeous pop idol and the adorable snake spirit who’s chosen the newly minted god to be his bride. As the headstrong Tomoe tries to whip her into shape, Nanami finds that love might just have cute, pointed fox ears. With romance in the air, will the human deity be able to prove herself worthy of her new title?

This. This is by far my Fave anime so far. I have watched it twice (there are 2 seasons)… and I have loved it more every time.

Everything about it is just…. perfect? Like…. It has everything you could want. There is magic, romance, comedy…. also Mizuki is the beaniest of all beans, I kid you not. He seems creepy to begin with but he really does grow on you.

It is reaaaaaaaaaaally good guys! Every episode is funny and creative, and I just love it so much asbdjfnjknkadfgkangkjngkjBGgbdgiu.

Also, FYI, The English dubbed version of this anime is done fantastically! 10/10 would definitely recommend!

This is what I have been doing with my time 😀

I am about to start watching another anime called Noragami….. Very excite!

Have you watched any of the anime on this list? Do you love any of them? What other anime’s do you think are super good?

Good Night! or Morning? Or Evening? or Afternoon? Good.